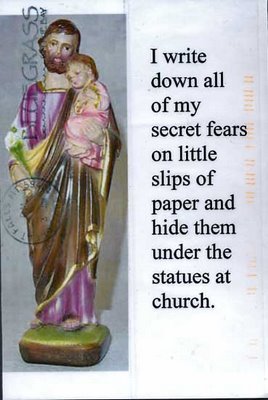 "It all began with an idea Frank Warren had for a community art project. He began handing out postcards to strangers and leaving them in public places -- asking people to write down a secret they had never told anyone and mail it to him, anonymously."

I spent one hour at a bookstore.

I read but one book.

It made me cry.

Read about it here.