« When Will We Stop Killing Each Other? | Main | Becoming Real » 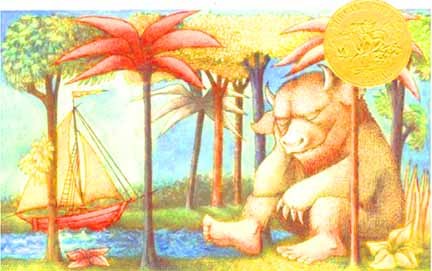 I_will_grow _feathers_and_ fangs, and paint my dreams.
I will play with monsters rather than fight them, and invite the snake in for tea. I will feed the Cyclopes.
I’m heading to the jungle where the wild things are.

Since the wet season lasts here until mid-October, monsoon rains have been falling in heavy, steady troops, drilling into the ground like merciless bullets. On my tin roof, the pinging drowns out all other noises : Sunday Bach at full volume, the snarling of the cats who roll in a play-tussle on the floor, the caw-caw-caw of the sly, chatty ravens who have set up shop in the mango trees in my front yard.  Sheets of rain fall in a vertical deluge, filling the eaves till they run over in gushing waterfalls. Geckos dart through the windows, seeking shelter.  One day last week, five inches of rain fell on this capital city somewhere between Bangkok and New Delhi, flooding the streets downtown until pedestrians were carrying their umbrellas in waist-high water and drivers were attempting to maneuver their vehicles in water up to the hoods. Oh, how I remember that feeling.

This afternoon was different, though. For the first time in many moons, I felt the windy brunt of a southeast-Asian storm. Rather than a wind-less, perpendicular downpour, the rain galloped in shifting slants. A chilly wind blew in from the north, driving the rain sideways: first left, then right, forward and back, sucking my window curtains in and out like bellows and churning the air around in a whirlwind. I couldn’t bear to close the windows on all the excitement. The sky yellowed, then darkened to a hue that I usually see right before dawn. Standing at my bedroom window, I looked out at the palms, the mango trees, the tall waxen-leaved bush whose name escapes me. I worried that the palm nuts, the size of human heads, would fall from one of my three-story-high palm trees. The exhilaration of cool air rushed in  from the windows, a simultaneous exhalation from the mouth of God and the gates of Hades colliding in one, ferocious battle of windy wills.

This rain, this wind, this luxurious rush of  air sweeping through this damp and moldy house is cleaning me out for something new. I’m dusting off my painting brushes, and loosening up the glue. My drawing pencils, boxed away for the past year so I could write my masters thesis, are airing themselves on the kitchen counter, soon to be wiped clean of a delicate, white mold that grew over the past year of inattention and humidity. A white canvas sits on the wooden easel in my artist’s studio. It stares at me with its accusing one eye, the unattended Cyclopes who needs to be fed.
Somewhere underneath the mold and moss of the monsoon season lies the promise of movement. A cleaning out. Nothing like a Mighty Wind blowing through the chambers of this funky little castle of mine to remind me that a new season is on its way: one of sun, and the drying out of things.
I’ve been composting long enough. Time to sweep out the lichens and harvest the mushrooms.
Time to splash some acrylic, and muck around in sepia oils, crayons, and goo-ey glues. Time to smear some ink on watercolor paper, and mix some reds, some blues, some yellows in geometric confusion. Time to paint my dreams, and fiddle with multi-lingual text and add some texture. 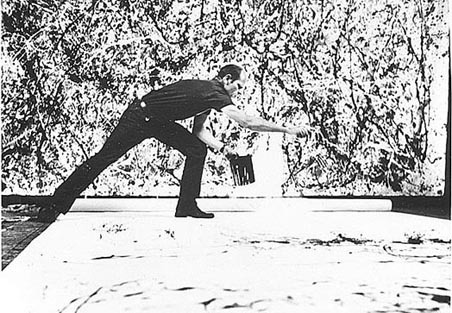 I_will dry up the past, welcome the sun, and plant the exotic seeds of Dr. Seuss and Jackson Pollock.
I will grow feathers and fangs.
I will play with monsters rather than fight them, and invite the snake in for tea.
I’m heading to the jungle where the wild things are, and I probably won't be back for a while.

Posted at 05:59 AM in Art, Musings, Nature, Outdoors, The Creative Process | Permalink

Everytime I read your posts, I'm inspired.... like now.... I might have to go dig out my watercolors : ) Miss you and the gang from England.

You do have an inspirational way of writing. It makes me feel more like writing...I want to take my laptop and sit in the corner of some cafe, and just write.

I've been uploading more movies to my youtube space. If you can get them where you are...my handle is: baritone49....I'm about to start creating some more...it's been way too long.

Miss you, and you Lucy!

People mountain People sea is how they describe the crowds where I am. The people are the elements here. Does that make me want to learn the language? Yes!

You made me miss the city, if only for a moment ;)

Nice to see you back here. Hearing of your exotic yard makes me think that you should definitely have an earthship when/if you come back.
Kira is yelling at me and I have to go wash her hair. Will check in later.

hi, all.
Lucy R.: I would love to see some of your watercolors (and I'm looking forward to hearing how the meeting went with the Spartan "powers that be.")

baritone49: I checked out your videos on youtube. I continue to be impressed with your "Adrien Learns to Cliff Dive" and, of course, the end of the year video. I sent the "Year 3 Year-end Video" on to rob (not "running rob"- the other one), who I'll see in Bangkok this weekend for a conference. Oh. And yeah: take that high-powered mac of yours and head to a cafe this weekend. Write, write, write! :-)

LJM: you KNOW I'd be living in Taos in an
earthship if I could afford it. One of my life dreams is to own and live in an earthship. One day, my friend, one day....

Hey Shamash,
You made me 'homesick' for one of my homes, a wonderful description of the kinds of tropical storms that make it seem alive. Hope that you are doing well despite weather, theses and the like. Love to all in that place in Asia!

Hi, Amelia! No, there's nothing like a tropical storm to enliven the senses.

We're all doing well here, though so many of the original gang have moved on. As for me: I'm loving my (new) home so much that I might never leave. Now that the masters thesis is written and I've finally graduated, I have my life back- whatever THAT means! :-)

Missing you, and our shared love for mystical poetry.