The Retrosexual Beats the Metrosexual, Hands Down 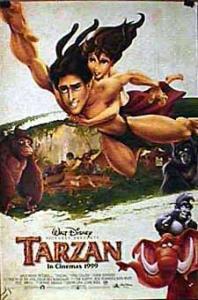 All Hail the Retrosexuals, and the knights in shining armor who protect the damsels in distress.

Remember the terms “real men eat quiche”, and “aren’t afraid to wear pink” and are “sensitive, new-age guys”? With due respect to my male friends who fit these categories, and with due respect to my straight “mirror male” friends who fit the term “metrosexual” to a tee, I have to admit, that when it comes down to the nitty-gritty, the nuts-and-bolts, the roll in the hay, Shamash gets all hot under the collar when a retrosexual in his tight Wranglers walks by, even if he is a die-hard Replublican, and even if he likes to handle guns. Compare the hair-geled metrosexual who loves to shop to a retrosexual in scuffed shoes who just opened the door for you, and the retrosexual scores, hands down.

Is it just me, or is there something so very, very sexy about the Retrosexual Code and Matthew McConaughey in Sahara?

I’m scaring my little ole’ feminist self. But frankly, my dear, I don’t give a damn.

Regular readers know of my occasional rants that plead men to be warriors, and the pure pleasure  of certain chivalrous gestures made by European men in this country Somewhere in Asia. Lately, I’ve been longing for brawn. For red-blooded, manly men who could protect me in a bar brawl, hands down, and gets his fists a bit bloody in standing up for all things good and true.

Don't get me wrong. I still believe that should she choose, the modern woman should be able to hold her own: drink a man under the table, stun him with a stun-gun should he get out of hand, and fix her own damn kitchen drain. I have more hardware tools than most of my male friends, and I love to drill, hammer, and get into dark places with my pliers. I can use two kinds of screwdrivers, and I can MAKE a mean screwdriver, too. The liquid kind. I’ve replaced my own car radiator at age 16, have changed my own tires, and when armed men decided to pay me a midnight visit (while camping with my boyfriend on the Appalachian Trail) I made up a story (using my tough voice) that sent them on their way. (My boyfriend was too scared to even make a peep from his sleeping bag, but that’s a whole other story for another time. Suffice to say, I broke up with him soon after.)

But, sometimes, it would be nice to have a man help a "damsel in distress" even if it's you, and even if you know you could take care of yourself. I don’t care if my man wears designer shoes, I just want him to put his hand lightly in the small of my back and whisper in my ear, “I’ll be right back.” Forget the man who knows just what to say, and when to say it, and how to say it. Give me instead a cowboy of few words who means what he says and says what he means. Give me a man of his word. If he says he’ll be there, he’ll be there, come hell or high water. Give me a man who allows me to be a "damsel in distress" without making me feel weak.

Let’s face it, gals. There’s something to be said for those men who have declined to buy into the metrosexual lifestyle of designer belts, and have held their own in a world where Brad Pitt (the ultimate metrosexual) is considered the leading male sex symbol.

I say, give me a cavalryman, a soldier, a rancher in the wild west, a red-neck man in Levi’s who drinks domestic beer and doesn’t know how to quote Shakespeare. Forget the men with the Mercedes and the gold Rolex. Give me instead a man who owns his own acres and drives a Chevy, a man who can roll in the hay, kiss you well, and good, and thoroughly, without all the psychological game-playing. Forget the metrosexual who can make you a gourmet meal. Give me instead a retrosexual who will TAKE you to the gourmet restaurant, arrange a candle-lit gourmet meal, and pay the bill, no questions asked.

Me Jane. You Tarzan. You bring the lasso. I'll bring the frills.

ha! you know, I love retrosexual guys too. years ago I learned that metrosexuals have small egos that are easily brused when a woman makes a better joke or can get one over on them intellectually. *then* they get cattier than a group of teenage girls! Retrosexuals do all kinds of little things for women (like fix stuff and get the door) not because women are weak, or because they expect you to do those things the next time, but because they respect women.

There was, I'm sure a time before hair gel when all men looked pretty much the same--all were retro-looking. Inability to differentiate got so many feminists to think that when a guy got the door for you it was a bad thing. Nowadays though metrosexuals don't have to hide under a thin veneer of retrosexuality. They can be just as pretty as they want to be without any social stigma. And that makes it so much easier on the rest of us :-)

The term "metrosexual" to me connotes men who, outside of their conventional sexual orientation, display mostly feminine rather than masculine traits. Vain and self conscious about grooming/dress alone does not a metro make. No, I think a profound lack of capacity for self reliance with dependency on others or "the system" must also be included in the definition.
If a metro were held at gunpoint and told to change his own oil (maybe even his own flat tire) within half a day or face the consequences, he'd be dead by noon.
As with many women, metro's are fine paper and expensive ribbon wrapped over an empty package with little substance... all show, no go.