Ubud: the Taos of Bali 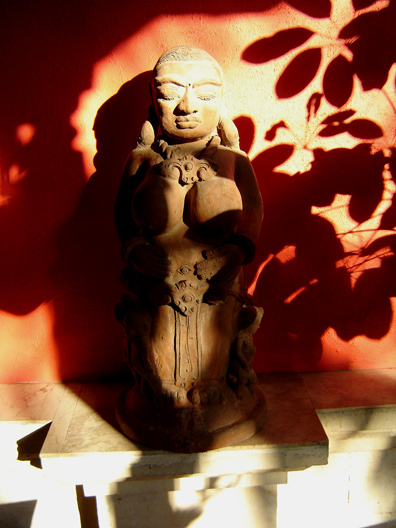 If I had to pick a favorite town in the world next to Taos, New Mexico, I’d have to go with Ubud, Bali, one of the foremost artist colonies of Indonesia. Full of art galleries, antique dealers, temples, coffee shops, bookshops, and stores selling religious and ceremonial stone statues, the town is buzzing with a delightful mix of foreign expats, European tourists, and local Balinese nationals still adhering to local customs.

If Taos is known for its dusty pick-up trucks and four-wheel drive vehicles, Ubud is known for its motorbikes. Everyone: men, women, children, teens ride them everywhere, whether wearing khakis or dressed in all 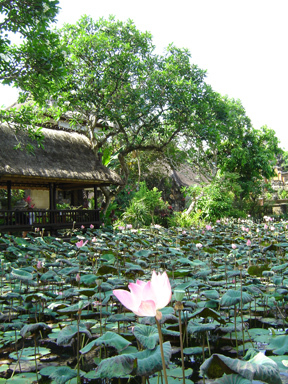 their finery for a ceremonial ritual.

Ms. Mary Mac and I spent a day shopping for handmade paper, silver jewelry, batik wall hangings, and wooden carvings. If Taos is known for its Robert Mirabal and Native American music, Ubud is the new age, yoga, world music capital of the world.
Every store plays lounge music: Buddha Bar, in all its versions. Ask any local storekeeper and they’ll tell you the best selling Buddha Bar album (it’s VII, by the way), and the name of the song that is playing on the sound system.

The town takes days, not hours, to explore, and at night there are a variety of local performances of Hindu and Balinese dances and song. 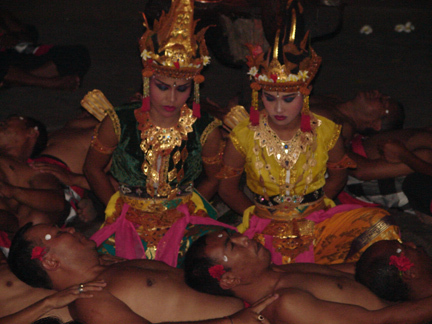 You have a great blog and I am going to link so that I can come back when I have more time. This particular post is lovely. I found you via NowCamille, and glad that I did.

What an exquisite and relaxing escape! Love the pictures and seeing another world.