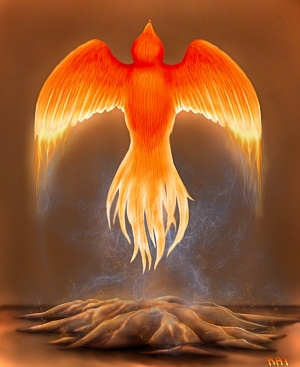 I’ve returned to the States.

I'm no longer an expat, but a citizen.

I can vote, plant political signs in my yard and plaster controversial bumper stickers on my car.

(image via Awaken Your Giant)

"Shamash Says" has been dormant for three years. When I laid her to rest in 2007, I was living in Rangoon, Burma, and had just lived through the The Saffron Revolution.  Since the country is considered to be the worst country in the world to be a blogger and since blogging was dangerous, I decided to put Shamash Says to rest.

For those of you who don't know, YouTube is banned in Burma, as are most blog sites. Bloggers are arrested and thrown into jail. One of my student's father had to escape the country because of his blog posts that reported on the 2007 Saffron Revolution.  Blogger, comedian, and videographer Zarganar is serving a 35-year prison term for disseminating video footage after Cyclone Nargis in 2008.

For me, however, times are different. I’ve returned to the States. I am no longer an expat, but a citizen. I can vote, plant political signs in my yard and plaster controversial bumper stickers on my car.

During my Burma years, this blog kept me sane. It gave me a space to archive my life via the visual and written word. I connected with other writers, artists, and seekers from all over the world. From within the borders of a restricted country, I wrote about art, travel and expat life. Through this blog, I kept in contact with the outside world. I found an audience.

And now "Shamash Says" is back, rising up out of the ashes. I have not written a new post for over three years, and today begins a new era. I have changed the subtitle title from “Thoughts on art, culture, and travel from a ex-pat living in Asia” to “Expat Taos: an earth-child longing for spaceflight”.

I figure that about covers it.

I for one am happy that you came back, or I wouldn't know you! And I'm also happy to be a member of your blogging community. Blog on, sister.

By the way, did I ever tell you I used to have a car (circa late 80s) that was plastered in bumper stickers?

Hey, Polinatrix! Feels strange to be back in the blogosphere... I'm glad to have you here, too! :-)

Welcome back! I'm glad I still had you on my subscription list in Bloglines - your post popped right up there tonight.

I used to follow your blog ages ago, at that stage I had another blog called kblog.

The world is a little better this morning.

So good to see you all here, loved ones!

Welcome back! I've missed you.