Dusk has fallen, and we’re at the foot of the equestrian statue of Marcus Aurelius on the Capitoline Hill. MB, 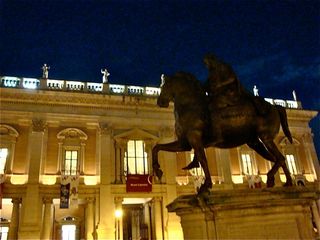 G., and I are freezing in the damp Roman air, so we button up our jackets and prepare to head off to the celebratory street dancing and music promised for the 150th anniversary of the Unification of Italy.

It is March 17th and according to the newspapers, all museums are open until midnight, gratis. The newspapers are wrong. The Capitoline Museum is locked and closed, and two women and two teenagers approach us to ask about the museum hours. When I say I’m from New Mexico, one of the energetic women exclaims,

“We eat at Tim’s Stray Dog at Taos Ski Valley all the time!”

I look at her in disbelief.

“My husband is J.P. Murrieta, the Channel 4 sportscaster!” she says.

“We’re always skiing and snowboarding in Taos- we were just there a few weeks ago!” 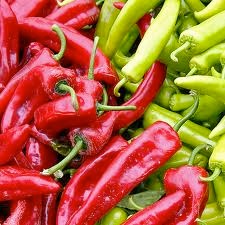 So, Tyra and I share sips from boxed wine and discuss our new state Governor, the plight of the New Mexico film industry, and difference between red and green chile. It’s not until later that I take note of where we had this political conversation: on a one of the Seven Hills of Rome where politics and the birth of a republic has been discussed for two millennium: a stone’s throw away from the Roman Forum.

It seems there are other ways that the city of Rome is connected to New Mexico. Two years ago, on the 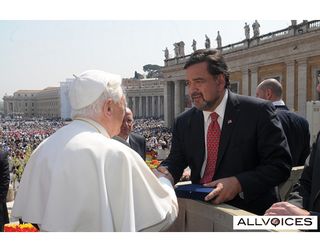 very cobblestones where we stand, former governor Bill Richardson met the Pope. He was invited to come to Rome  in honor of the decision made to reject the death penalty in the state of New Mexico.

On this exact day, 150 years ago, Italy was the first nation to officially take a stand against the death penalty in their constitution. As a matter of fact, every time the death penalty is repealed in other nations, the lights that illuminate the Colosseum at night are changed from white to gold. In 2009, Former Gov. Richardson came to Rome for the "Ceremonial Lighting of the Coliseum in Honor of New Mexico" and met the Pope Benedict XVI. 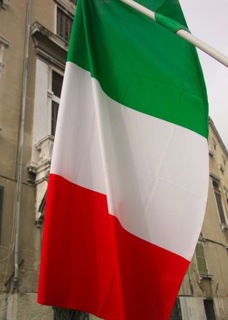 And here we are. A group of Americans standing at the foot of the Roman Emperor  who died in 180 AD on this very day, March 17. It is St. Patrick’s day and the 150th Anniversary of the Unification of Italy. We drink wine together, discuss international life, education, and politics. Most of all, we hope for a better future.

Surrounded by the ghosts of ancient Romans, the city of Rome chose to honor New Mexico by holding a ceremony in their Colosseum.

That spirit of friendship is felt as we stand here on Capitaline Hill. We're not so different. There is much to unite us.

Great to hear from you, Mary Alice.
Really wish you and Nancy were here so we could wander the Colosseum together.... :-)

It's a small world after all!