« Expat Life: The Honeymoon Is Over | Main | Bring Out the Veggies: China’s Answer to the Bird Flu »

“Rather than falling, night, to the watchful eye, rises” - A. Roger Ekirch -- “At Day's Close: Night in Times Past”

When I lived in New Mexico, I longed for the night. A deep blue indigo would descend on the mesa, and then the soft velvet, 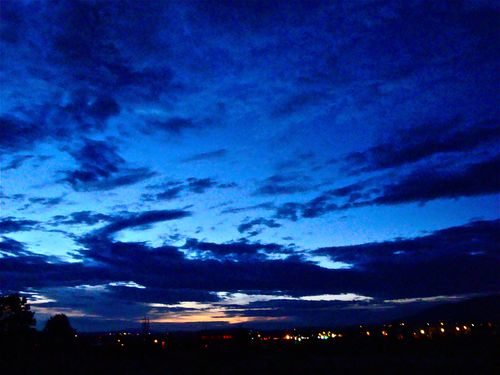 first in blue-black streaks, then covering the whole wide expanse of the sky. There is that moment, on nights of the new moon, when three stars appear at once. Venus is one. The evening star. And once, in Thailand, the cosmic smile: crescent moon for upturned lips, diamond-studded eyes and nose: shimmery. A dark cloak descends on half of the earth – kind, gentle, like a blessing.

Back in Pennsylvania, many lock themselves in for the night, especially the farmers who sleep not long after the sun sets and who wake upon its rising. While they sleep, fireflies blink over the cornfields, a yellow mirror reflection of white stars.

Nights bring out the mystery: the place of stories, of torches, fire. Andean nights with my Southern lover on the balcony: La Paz, Bolivia: highest capital city in the world, two miles high. The cowboy in Levis who pulled me into the crook of his arm, who held me on the longest night of the year – Saint John’s Eve - by a bonfire. We watched Orion move across the sky, upside down, and traced the line of the Southern Cross.

New Mexico nights are not black, not if you look closely. They are the deepest purple velvet, wood smoke and sage. The stars of Santa Fe and Taos wheel in the slow pass of a tango, and dance, a twinkling, a shadow-train of a queen as she passes.

The night in China is filled with skyscrapers, illuminated. The cities of China try to be the sky: the expanse of high rises--- twinkling windows: stars. China nights are hard. Brittle. 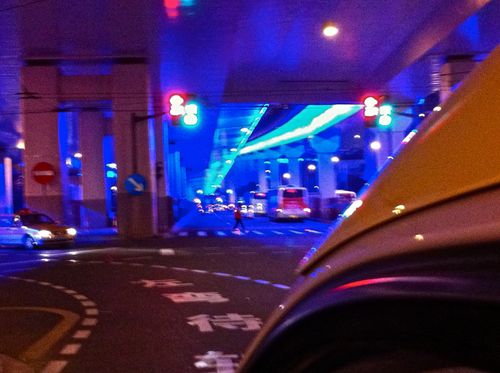 The hard edges of the buildings, and street corners are softened only by the edge of a moon, by the slow curve of rivers.

The river that runs through my city is two blocks from my apartment. Sometimes, on my e-bike, I ride along its shores. My bike is electric. Silent. Run by a battery . Only the wind makes a sound. The riverside is deserted, lit only in blinking street lamps: everyone is home, sleeping, dreaming. I prowl about, a coyote howling for home --- a night creature remembering the scent of sage, wood smoke, campfire, the bear in the larder, the breathing of a sky so close, so bright, I could stretch my neck and touch its twinkling with my lips. A place where movement is in streams, dust storm, and the brush of the wing of a nighthawk in midflight.

Those nights, in a country of 1.3 billion people, in a city of 8 million, I zoom along the river, my hair  streaming wild behind me. 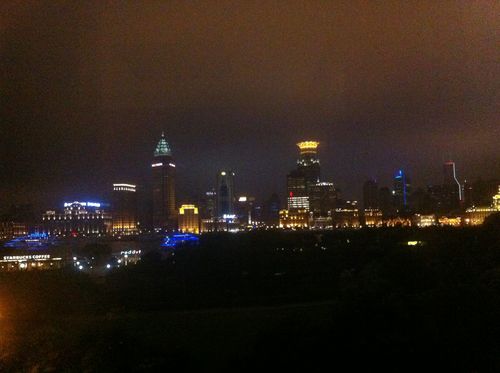 And there, just before I reach the traffic light, blinking red, my soul rises.

Into the wide expanse of Asia I am skimming the cityscapes.

Holding my hands are sisters who love me.